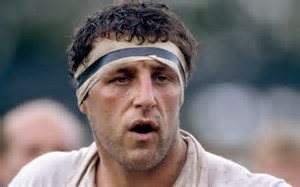 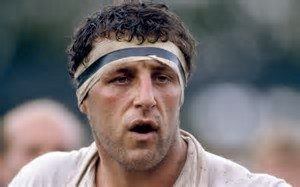 Thursday morning assemblies have been known to take on a life of their own. Uncle Jeremy Parsons and Reverend Jeremy Parsons was quite, um, memorable. The rather wonderful Mother’s Day assembly will take some topping. As for the donning of James Bond masks by certain badly behaved members of our parent body to celebrate a birthday in March, well, who can forget that! The theme that I hope is regularly referred to and is a key philosophy of Park Hill is the quality of resilience.

I hear the word being referred to with increasing frequency as the topic of mental health and well-being is gaining the attention it has long deserved, not just courtesy of our Royal Family but also through the endeavours of education professionals who are concerned about the pressures young people are under thorough exam stress, pressures to succeed and pressure from social media.

Call it doggedness, determination or grit, resilience is an attribute we all need.

Up until my teenage years, I was a goalkeeper. Not a particularly good one but I did admire Nigel Spink, most notably for his heroics during the European Cup Finals in 1982 when Aston Villa beat Bayern Munich (oh, how the mighty have fallen). Looking back, it may have been where I first developed resilience or, thick skin as referred to by father as I was the last line of defence and therefore culpable for every ball that inevitably went past me. I was an automatic selection, not for my skills, but for the fact that it was not a desirable position, largely thankless and therefore by default of being the only one willing to stand there, I was in.

My ability to catch, and a chance encounter in the school corridor with the Head of Rugby earned me my first appearance for a rather depleted and flu-stricken 1st IV. It all came as a bit of a shock as I found myself in the engine room, the second row. The same resilience built on the football pitch served me well as I learnt to run in a generally straight line, ball in hand, until a larger unit stopped me in my stride. Having caught the rugby bug and as it was the late 1980’s, the ‘Blackpool Tower’ caught my attention. Wade Dooley (I hope that now explains the image) epitomises resilience and grit. Extraordinary to think that he worked as a police constable, played for fourth division Preston Grasshoppers and yet played for his country, the British Lions and won back-to-back grand slams in 1991 and 1992. Again, not a desirable position to play. No glory of being on the wing, scoring tries and therefore, reflecting my previous goalkeeping position, not much competition for my place.

Imagine my surprise when, organising the football team at the weekend, I was bombarded by the boys with requests to play in goal. My response was confusion as I carefully asked why so many wanted to play in goal. Their response? It seems that being a goalkeeper is now a position to aspire to and not to fear.

I would like to think that my assemblies regarding resilience have had their desired effect. That the children do not fear being accountable and actually embrace it. Perhaps it is the gloves, or perhaps it is now cool to be a goalkeeper and that it is yet another example of just how out of touch with ‘cool’ I am. Either way, I am delighted that the children are keen to play in goal and I am fairly sure I heard one of them say something about resilience when attempting to explain their thinking to me.

I would like to think that the approach we take at Park Hill ensures that the self esteem, confidence and well-being of the children is central to all we do. Resilience is surely a by product of this. As Nelson Mandela said, “The greatest glory in living lies not in never falling, but in rising every time we fall.” The lines from my favourite poem by Rudyard Kipling is similarly appropriate. “If you can meet with Triumph and Disaster
And treat those two impostors just the same….’ I think the curriculum and ethos at Park Hill ensures that children develop these key skills in a caring and supportive manner.

Now, more importantly, does this therefore mean we can look forward to a new generation of Wade Dooley’s from Park Hill? I do hope so.