The Pirates of Park Hill 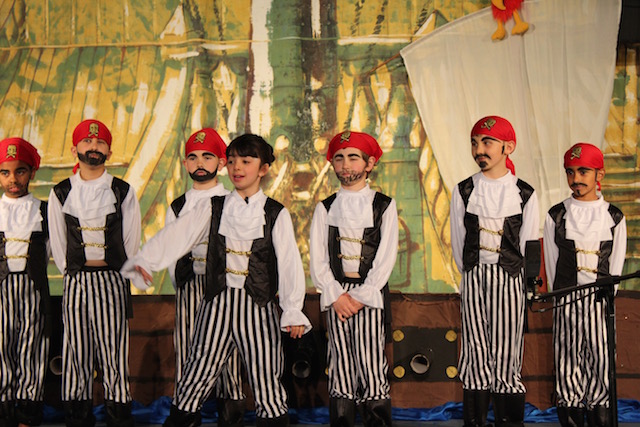 The pirates of Park Hill was inspired by Year 2. One girl amongst 9 boys. The concept of a Pirate Ship with a girl who stows away – looking for adventure.  Each part was written to represent the character of each child.  Once the original script and story was finalised.  Each Year 2 pupil was given their own copy and their first Music / Performing Arts lesson was spent approaching it as a professional ‘read through’ The pupils read and were allocated lines.  Some of the script had no punctuation, on purpose, so that as the children spoke the lines they then had to agree where and what punctuation there should be so that the line would be read and delivered correctly. 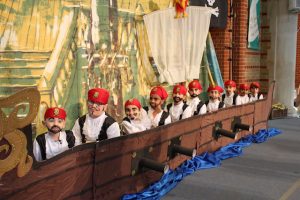 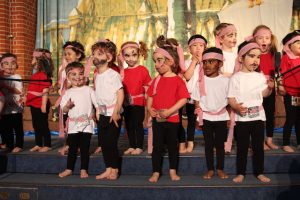 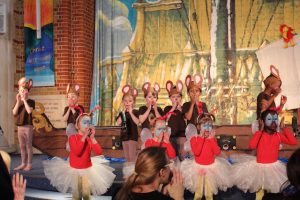 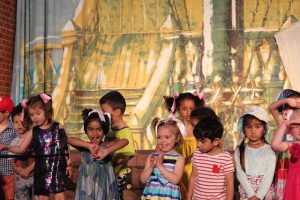 The other classes in the school also played their parts brilliantly:  The Year 1 boys were Sword Fish, Whales and Sharks;  each category had their own special rap that they performed as part of their song.  The Year 1 girls were beautiful Mermaids and the Early Years children consisted of Jungle Animals, Holiday Makers and Rival Pirates. 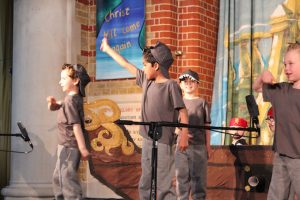 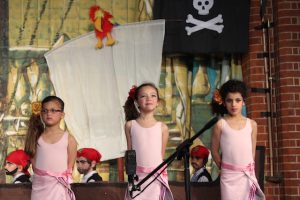 The Pirates experience many an adventure with their stowaway who turned out to be a very valuable member of the crew. 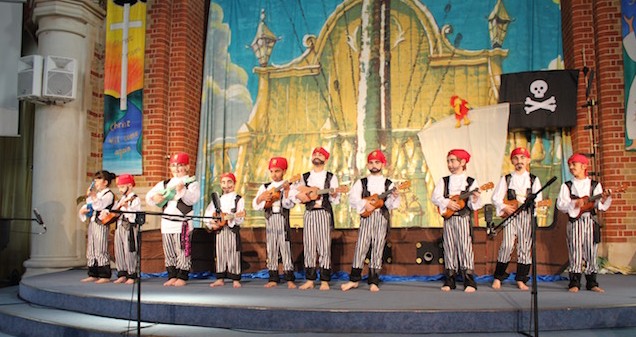 Writing a story that is bespoke to the children involved helps the children embrace the parts and perform them with confidence and enthusiasm! 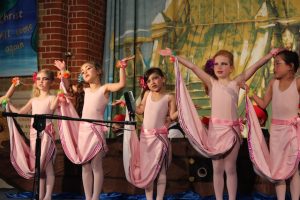 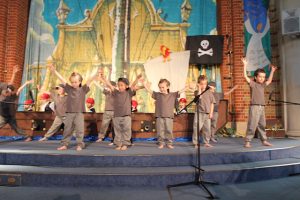 “An amazing and meaningful storyline put together to beautifully suit the children; from the year 2 pirates to the First Step baby pirates, there was so much to see, mermaids, jungle animals and tourists, swordfish, whales and sharks too. The performance and songs were electric. A show not to have been missed!” Nidal Al-Azawi, Year 1 Parent

“I was so excited to be chosen to be Captain Nat in the Park Hill Pirates play.  I loved the rehearsals as it didn’t feel like work, it felt like playing! My favourite part was the Bad Guys song! I had so much fun”. Nathanial, Year 2

“It was absolutely brilliant to see the children perform in their very own pirate musical –  created entirely for them (bespoke!!) by Miss Georgina and Mrs Baillie.  To see the children act with such gusto and confidence was fantastic.” Ariane Novak, Year 2 Parent

“It was awesome how Rojia fitted in with the pirates. My favourite song was “you can go but be back soon”. I loved being a mermaid and I can’t get the song out of my head.” Sarah, Year 1